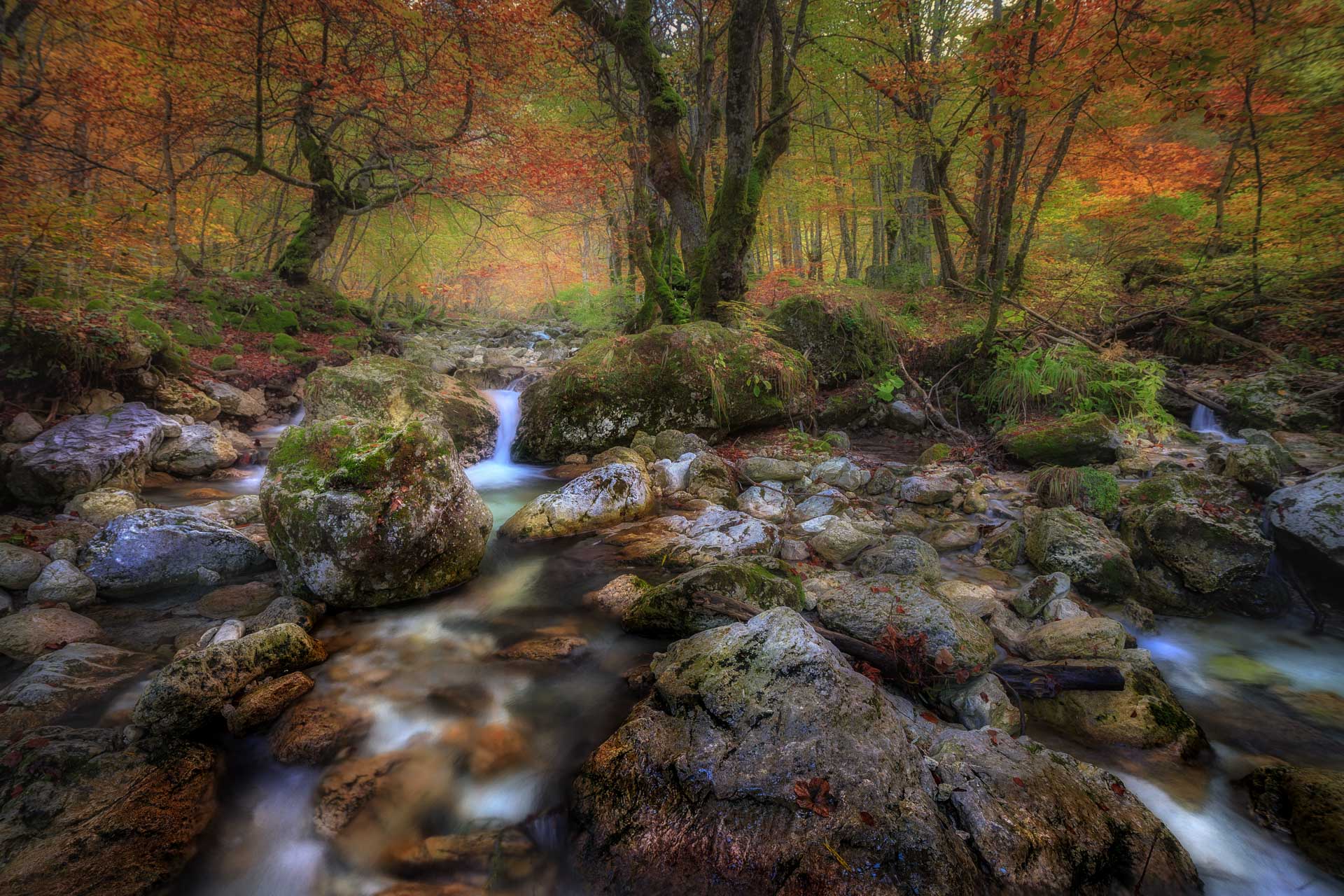 Beech forest ecosystems are home to a variety of environments and habitats making them true treasure troves of biodiversity. They are outdoor scientific laboratories of outstanding value for the reconstruction of the climatic history of the territories where they have settled and of the communities inhabiting them. Besides, a healthy forest is an environment of extraordinary beauty that can considerably benefit our mental and physical health. Such benefits belong to the so-called “ecosystem services”, that is the multitude of benefits that a certain ecosystem provides to people.

Therefore, the importance of forests is not limited to the possibility of exploiting trees for timber and fuel production; sure enough, these ecosystems play an important practical role in our existence, offering essential services for free, every day.

For instance, a big forest can impact on the water cycle of a certain territory and, as a consequence, on its availability. In fact, the tree root system absorbs water precipitated onto land which travels along pathways both for the capillarity and the “traction” exerted by the transpiration processes involving the leaves. A lot of this water can be stored in the tree trunk, so that it will be available in periods of great drought. Finally, water is released into the atmosphere during tree transpiration: this process, multiplied by the several trees forming the forest, maintains constant and favorable environmental conditions and, indirectly, affects the cloud formation and precipitation on a larger climatic scale.

The activity of the root systems guarantees the presence of a constant humidity around the roots, allowing the survival of several soil organisms, such as bacteria, fungi, and invertebrates, which in turn take part in the decomposition and recycling processes of the organic matter, providing support services to the biodiversity and habitat formation.

Furthermore, the water accumulation capacity in big trees is at the base of their important role of mitigation of the hydrogeological risk, slowing down the water flow during violent precipitation and avoiding or reducing the risk of dangerous floods. Similarly, the presence of the tree canopy is essential to reduce erosion and eventual avalanches and snowslides. Even after their death, trees mechanically hold snow, which in the forest melts more slowly also thanks to the shadow they provide: in this way, the water resulting from the melting snow is gradually absorbed by the soil and slowly released into streams and rivers running towards the valley floor, guaranteeing a long-term water supply.

The ecosystem services provided by beech forests are many and complex, but we would like to mention one of the most important: the production of oxygen! Photosynthesis processes take in carbon dioxide and water and release oxygen gas, producing organic molecules. Without plants, the composition of the atmosphere would be very different, and animals – including humans – may not exist.